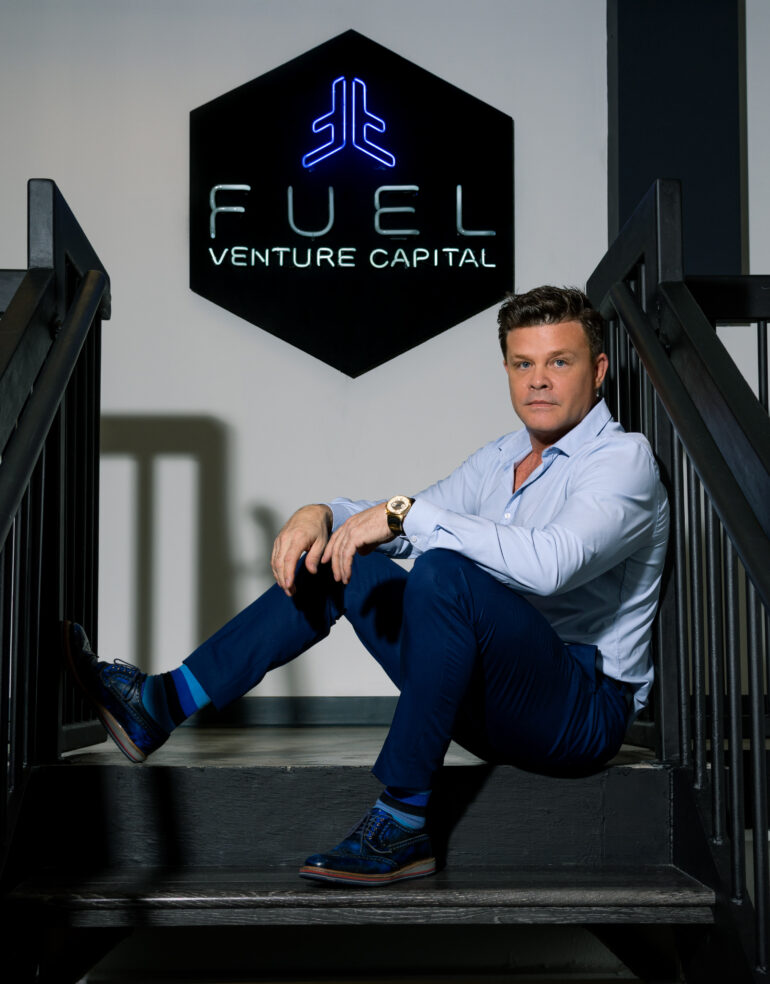 For a venture capitalist whose firm has invested several hundreds of millions into more than 35 startups, Jeff Ransdell couldn’t care less about alma maters. Pedigree is for the dogs, as he puts it. The founding partner and managing director of the $400 million Fuel Venture Capital, Ransdell is far more interested in the diversification of venture capital, with a keen eye focused on fintech. For a simple reason: to give investors what they want to see more of in what he calls the creative economy.

If you’re looking to give Ransdell your in-person elevator pitch, look to Florida, not California. Fuel Venture Capital is located in Miami—Coconut Grove, to be precise—a far cry from Sand Hill Road. In this interview, we discussed with Ransdell the decision to ditch the myopia of Silicon Valley for the shores of South Florida—to invest in disruptors and diversifiers instead of institutionalists and incumbents.

Q: What inspired you to start Fuel Venture Capital?

A: We started Fuel Venture Capital in 2017, in Miami, which most people thought was kind of rash. Nobody seemed to understand it. In doing my research, though, I came to the conclusion that most institutional investors—your global family offices who allocate to the creative economy—wanted to have more diverse investment options.

Their choices were all from Silicon Valley. I saw an opportunity to break into the space and be diversified, rather than just differentiated. What better way to do that than to park our office in the geographic opposite of Sand Hill Road, be the leader in the southeast, and invest in regions that Silicon Valley famously and deliberately overlooks? We’ve brilliantly executed against that vision.

Q: If there was one piece of wisdom you could share with other executives in the industry, what would it be?

A: Anyone who wants to get into this space needs to understand the degree of difficulty. It’s really hard. You’re talking about investing in young companies, with young leaders, that need a lot of your time, energy, mental capacity, and capital. If you’re doing it right, it’s 80 to 125 hours a week. It’s not all the glamour and fun people think it is.

The special events and red-carpet treatment aren’t indicative—95% of this industry is grinding it out every single day, stressing it out every single night, and sleeping three or four hours. Speaking of Fuel Venture Capital, we’re a global firm. Which is super “cool” to say, but to run the company I have to be up at 3:00 a.m. talking to people in Dubai, Israel. It can get a bit crazy.

Q: Which fintech-related trends stand out for you lately?

A: The creative economy, hands down. Take traditional banking, for example. The major banks have created a lot of infrastructure, which I like to call the “rails.” Today, creators are figuring out new ways that the end consumer wants to consume with banks and financial institutions. There’s a tremendous amount of really smart people who are creating companies that sit on top of these so-called rails that the big incumbents built years ago.

The Curve digital wallet app comes to mind (Curve is a Fuel VC portfolio company), out of London. Curve sits on top of traditional banking infrastructure, your daily transactional stuff, like deposits and withdrawals, as well as your cards and payments. It’s incredible. You can transact wherever you are in the world, buy stocks and bonds, and pay with cryptocurrencies, all from your phone. Schachar Bialick, Curve’s Founder and CEO is an outstanding individual; we’re impressed with him—with the entire management team. In many ways, Curve’s mission and how they’ve executed at the break-neck pace they do—tremendous.

This is what happens when we invest in the creative economy. When you look at most people’s investment portfolios, there’s an allocation to fixed income, cash, stocks—all public, small cap, mid cap, large cap international. Today, you have smart investors who’ve said, I want to have an allocation to private equity and technology. I want to allocate toward brands like Curve. This is what I call the creative economy.

Q: What’s the best way fintech companies can stand out to VCs?

A: To catch our ear and get our attention, get the attention of one of the people that we’ve already invested in. I think that’s smart of somebody who’s trying to get VC funding—go to a founder who’s already secured VC capital. Ask them what they know and what they sought to understand.

There’s nothing more powerful than peer-to-peer learning. If you’re talking to Shahar at Curve, for example, or Christian Lanng, the CEO and Co-Founder at Tradeshift (another Fuel VC company), any of these people we have amazing relationships with, and then they call us and say we need to talk to you, we’re going to talk to you.

We tend to go looking for founders and companies who are trying to really make a difference in the vertical that they’re trying to disrupt. And it’s not in Silicon Valley. That’s the differentiating factor of why we started the firm.

Q: If you could share one of your favourite quotes related to fintech or venture capital, what would it be?

A: “It’s not about the Capital, but about eyes, hands, sacrifice and a longin’ in the soul to create something special.”

It’s more the idea that fintech is a huge vertical that will only become more powerful. It’s also slow to iterate, at least with respect to the incumbents. Creators are figuring that out. They’re figuring out better ways to meet evolving consumer demands. I think you’re going to see more and more acquisitions from major banks because they just can’t move fast enough otherwise. What takes the major banks years to execute, an agile fintech can do in days.

Q: How do you think the fintech-related venture capital ecosystem will change over the years ahead?

A: Let me start here. Traditional finance was historically always a white-male-dominated industry. Fintech from a tech perspective is very different because tech does not care about skin colour, gender identity, or sexual orientation. All that matters is that the person using the technology is attracted to it, and finds value in it. They don’t care who’s running it, their country of origin, or where they studied. We’re based out of Miami, and nobody here gives you-know-what if you went to Yale.

That sentiment will shape the ecosystem moving forward if, and only if, the funding comes along. Funding and disruption. Because you can be the marquee firm in the Southeast, or the big dog in Bogota, but if you lack the dry powder, it doesn’t matter. Those founders who aren’t journeying to Silicon Valley need our help. Nobody has the billions that Silicon Valley or NYC has. To me, the future of the ecosystem will depend on a lot of disruption in the space that draws funding and allocation away from the traditional ivory towers of VC.

Q: What are your thoughts on the fintech sector being more decentralised and international than the traditional tech industry and spreading beyond Silicon Valley?

A: We started the firm with this notion that we wanted to provide diversity—in the way that you understand it—to investors. We’ve done that no problem. What I’ve realized is that Sand Hill Road isn’t going to fly to Colombia to sit on some board. They couldn’t even point to Medellín on a map. So of course there’s tremendous opportunity elsewhere, internationally.

But I say this to my team all the time: if we don’t have the capital to invest in these companies and help them reach their goals and dreams, it’s all naught. I can have the smartest people in the world working for me—I can have the greatest office—and it doesn’t mean anything if we can’t give these companies the fuel they need. Right now, we’re a big fueling station. Let’s just say the line at the pump is long.

A: How about two: all-encompassing.

Q: What’s next for Fuel Venture Capital in the years ahead?

A: Here at Fuel, we have what they used to call an “immigrant work ethic.” We go places with opportunity, and we work our asses off to get it. We’re going to raise a $300 million global fund now to support the diversification, the Creative Commons, and then in 2025 we’re going to raise another 300. We’ll be a billion-dollar VC in three years.

Q: Lastly, what is the one thing you want everyone to know about Jeff Ransdell?

A: The truth of the matter is that all I do is work. Sometimes I wonder if that’s good or bad for the office. But I’ve dedicated my entire life to serving my investors, our founders, the community–as well as my colleagues here at Fuel. That seems to work for me, so I’ll continue to do so.  www.fuelventurecapital.com